Working for the island we love 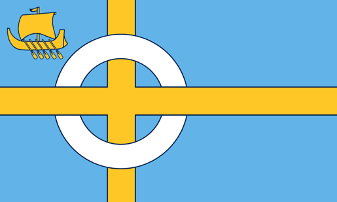 The Isle of Skye has its first ever official flag after a year long competition and public vote.

The winning flag design was raised at a ceremony at the Nicolson Memorial in Portree on Monday 24th August 2020. Nearly 400 designs were submitted from around the world but the winner was 9-year-old Calum Alasdair Munro from Kilmuir on Skye. Here is the story of ‘A flag for Skye’. 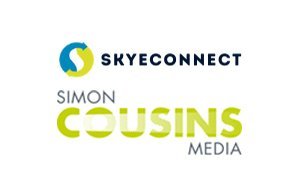 A small group of socially distanced guests attended the Nicolson Memorial in Portree today (24th of August) for the unfurling and raising of Skye’s official flag.

The search for a flag for Skye began in May 2019 when the West Highland Free Press joined forces with Highland Council and destination management organisation, Skye Connect to petition the court of the Lord Lyon – the body responsible for recording and protecting all heraldry, flags and national symbols in Scotland.

The competition launched last Autumn, prompted a terrific response, with 369 designs submitted – over 200 of them from local children – while other designs came in from across the globe.

A panel of community representatives then had the very difficult task of drawing up a short list of six flags, which they felt best symbolised the island, and the six were then put to a public vote – conducted through the pages of the WHFP and its website www.whfp.com.

The vote attracted huge media interest throughout the country – and over 7000 votes were cast, either through the newspaper or online.

The Flag launch should have taken place in March but was delayed due to Covid19.

The winning design was created by 9-year-old Calum Alasdair Munro from Kilmuir on Skye. He has a passion for collecting flags and drew his inspiration from the island’s history and heritage.

“First, I thought of the Birlinn (Wooden boat used in the Hebrides in the middle ages) and I was thinking about the MacLeod’s and MacDonald’s and the MacKinnon’s – the first Clans on Skye. I thought about the Celtic Heritage, the Viking heritage and the history of Flora MacDonald. In my flag, in the Birlinn, there are five oars representing Trotternish, Waternish, Duirinish, Minginish and Sleat. I thought about yellow for the MacLeod’s and Blue for the MacDonald’s or the MacKinnon’s.”

The whole process to find a suitable flag has been guided by the Honorary Vexillologist with the Court of the Lord Lyon, Philip Tibbets.

“This Skye flag is a testament to engaging the creativity of the community itself. The design not only meets heraldic best practice but puts a unique and new spin on a traditional style – and in so doing combines the Scottish, Gàidhlig and Norse heritage of Skye.”

Competition organiser, Keith Mackenzie – the Editor of the West Highland Free Press – is delighted with the result and the fact that the search for a flag has had such a high level of local engagement.

“We thought it was important, right from the outset, to engage as many people locally as we could. The people who came up with the idea and launched the competition were from Skye, the vast majority of the entries came from Skye, the voting was from people on Skye or associated with Skye and we have a local winner as well. People may like or dislike the flag but I don’t think anyone can argue against the process of finding the design.”

It is hoped that the Skye flag will soon be as well-known and recognised as other regional and island flags such as Shetland, Orkney, Cornwall and Devon. Alistair Danter is the Project Manager for SkyeConnect.

“The West Highland Free Press have already started producing flags, which businesses will be encouraged to fly. We will make the design available through our SkyeConnect and myskyetime.com websites. We will be producing T-shirts and other merchandise incorporating the design.”

Proceeds from the sale of Skye Flags by the WHFP will go to Skye and Lochalsh Young Carers.

The Flag was raised in Portree by winning designer Calum Alasdair Munro, who was told of his success last week but had been sworn to secrecy until the official launch.

“I was feeling very happy, but I haven’t told any of my friends in school. I have just told Granny. She was very happy.”

NOTE TO EDITORS: Due to the latest Covid-19 guidance we are unable to invite members of the media to the flag launch event. Video interviews with Calum Alasdair Munro, Philip Tibbets, Keith Mackenzie and Alasdair Danter will be available from Simon Cousins Media along with footage of the unveiling ceremony.

A film telling the story of the search for Skye’s flag will published on the www.mysketime.com website and social media channels.

Stills of the ceremony and the winning designer are available through the West Highland Free Press – keith.mackenzie@whfp.com 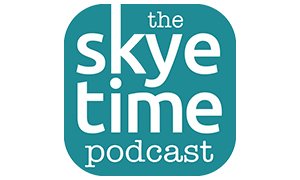 In the latest episode of the Skyetime Podcast, Simon Cousins previews the Festival of Small Halls which takes place between the 26th and 28th of November. 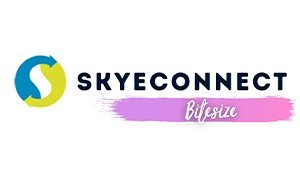 In this weeks bitesize - we cover the launch of skye-connect.com our new B2B membership website plus much more.

In the latest episode of the Skyetime Podcast, Simon Cousins talks to young entrepreneur, David MacDonald from Portree.

Following the formal transition of SkyeConnect from a Limited Liability Company to a Community Interest Company (CIC), the organisation is now seeking to recruit new Directors to join the Board